Who is in charge… the gut or the brain? 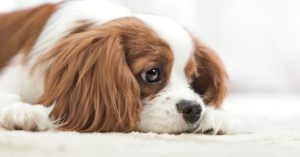 The controversy as to who is in control when it comes to the effect of the microbiome on the body is ongoing, but you could be forgiven for believing the bugs are in charge.

For those who are new to this topic, the gut microbiome is a collection of billions of bacteria, fungi and viruses drawn from hundreds of species that inhabit the digestive tract of our dogs. Actually, all animals have a microbiome, so in that respect we are no different from our canine companions. The role of the gut microbiome is to assist in the digestion of food and the subsequent absorption of nutrients. In the process of doing this, some organisms actually produce, as a by-product of their existence, valuable nutrients that are essential for the health of the host animal. But some others actually produce chemicals that influence the body in many strange and subtle ways.

But, by far the most important consideration when it comes to contemplating the original question, is the history of the relationship. Our modern canine companions have evolved in their domesticated form over the past 15,000 years or so. All throughout that period, so too have the microbiota that make up the microbiome evolved, and these have developed in union with the host dog. This union is so complete that the host and the microbiome are totally dependent on each other, both for themselves and for the other.

So, what’s changed you ask?

The grand dietary experiment in western human nutrition that has occurred through modern times has given rise to an abundance of health issues, particularly in the areas of obesity and auto immune problems. At the same time, and in keeping with the elevation of the status of the dog as a family member, we have seen a corresponding increase in the same health issues of our pets. These issues are now the source of much scientific interest, and are believed to be the result of the underlying problem of the loss of species diversity within the microbiome.

To help explain this phenomenon, it is important to appreciate the inseparable relationship between the microbiome and the body. The digestive tract contains a layer of brain cells, called the enteric system, which extends the entire length of the tract. These brain cells, or neurons that make up the enteric system, are connected to the brain by the vagus nerve, which means the microbiome has the equivalent of an NBN connection to the central computer except that the microbiome’s connection apparently works much better than Australia’s NBN (if the press reports are anything to go by!). Furthermore, the gut is connected to the brain by virtue of the blood supply that serves the body, so chemicals and hormones secreted by the gut bacteria have direct access to the brain. This means there exists an inseparable connection between the two, and is known as the “gut brain axis”.

The changes we have seen in western human diets can best be summarised as a move to more highly refined foods. Not only have we seen much greater levels of concentration of flavour components in our manufactured and textured foods, but we have seen a limitation of the mainstream ingredient supply. A detailed look at the influence and extent of wheat in human foods is a classic example. The same influence has become apparent in our canine diets, whereby the inclusion of a limited number of refined ingredients, or ingredients that are not advantageous to the canine digestive system, are commonly incorporated. This change in ingredient supply is only one of the influencing factors leading to a reduction in microbiome diversity.

Another significant contributor to the problem is the widespread use of antibiotics. Whilst fantastic for use against bacterial infections, antibiotics are indiscriminate when it comes to killing; they remove the good bugs as easily as they kill the bad bugs. Fortunately, industry has developed the science of probiotics which is an extremely useful adjunct following a course of antibiotics. The problem is though, that most probiotic supplements usually only contain three to seven strains of bacteria, whereas the microbiome is made up of hundreds of strains. Still, beggars can’t be choosers, and some bugs are better than none!

But what is the actual problem with the reduction in microbiome species diversity, I hear you ask.

Quite simply, the loss in diversity is having a negative effect on the development of the immune system. In other words, the organisms required to educate the body’s immune system are missing, with the consequence of the immune system simply not knowing what represents a threat to the body, and what is not a threat. This is the underlying and predisposing cause of many of the auto-immune diseases we witness today.

“…have you ever noticed how a fat dog is always hungry?”

When the wrong organisms gain a foothold in the biome, the body reacts with inflammation of the gut and activating the immune system defences. Whilst this is a normal bodily response, low level continued inflammation causes damage to the gut lining. This, coupled with a poorly educated immune system leads to the body attacking proteins and other normally benign substances, thus resulting in what we then classify as an allergic response. One such treatment available for both our pets and ourselves is allergen desensitisation, whereby the body is introduced to very small quantities of the offending allergen (such as gluten, dust or pollen for example) over a long period of time in order to educate the immune system. Whilst this can be a useful cure to the problem, it’s unfortunate that our pets should have to suffer before finding the solution, as compared with establishing a healthy microbiome from the outset.

But it’s not just auto immune disorders. Changes in microbiome diversity allow different and not necessarily beneficial organisms to gain a foothold. Take obesity for example. Researchers have discovered a link between elevated levels of Firmicutes in the microbiome and obesity, as compared to elevated levels of Akkermansia and healthy body weights. At a more basic level, have you ever noticed how a fat dog is always hungry? This is just another example of the control the microbiota exerts over the body.

So, the jury is still out on the question as to “who is in control”. However, one thing that is beyond reproach is the value to our beloved canine friends that a healthy and diverse microbiome contributes. It is the undeniable benefits bestowed by a healthy gut that underpin the science behind the development of the LifeWise range of food products, particularly when these foods are used in conjunction with management tools to enhance our pet’s quality of life.

We hope you have enjoyed this article, and trust it provokes a greater understanding of the complexity surrounding health, wellbeing and happiness. Should you desire additional information, or would like to join the discussion, please contact us using the response form below.